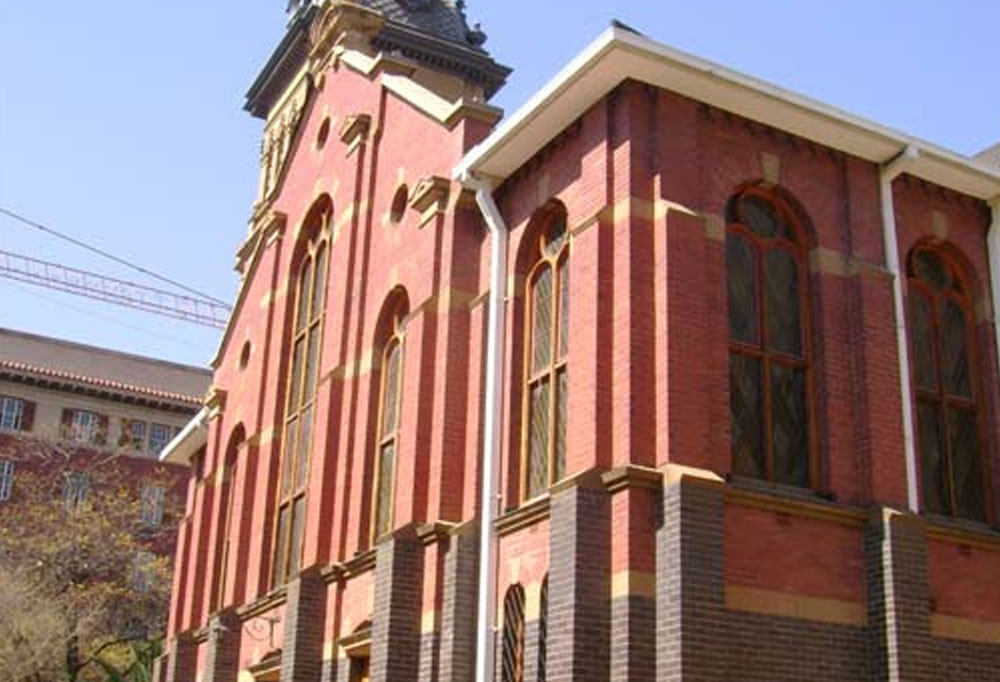 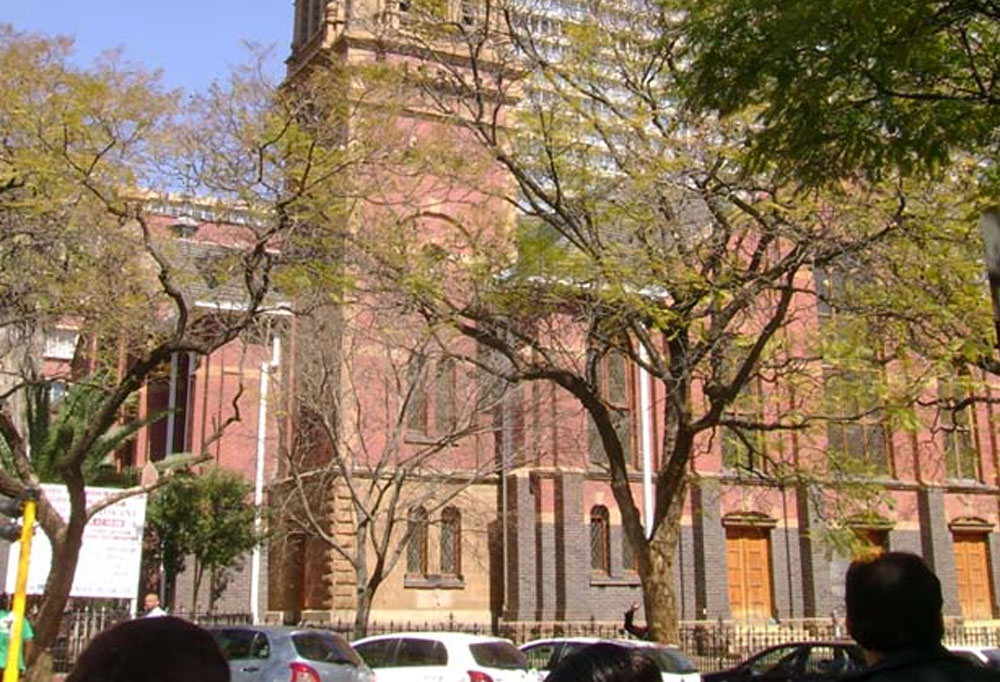 Church Square used to house the Dutch Reformed Church building in Pretoria, with the open space around it used as ‘outspan’ during the quarterly communions. After the Anglo-Boer War the Dutch Reformed Church sold the square to the town authorities and used the proceeds to build two new churches, the one in Du Toit Street (Herformde Kerk) and the Bosman Street Church. Both were designed by architects J.G. Kraan and J.B. Weijers, but Klaas van Rijsse acted as consultant to the architects as well. The Bosman Street Church is the largest and grandest. Designed in the Neo-Dutch Renaissance with strong Neo-Classical influence, this church has its aesthetic origin in the Dutch Golden Age of the 1600’s. The interior for the church is spectacular, its roof freely spanning the whole of the church. Make sure to climb the tower for stomach churning views of the city. This church and the Printing Works across the street together form one of the most beautiful architectural ensembles in the city.