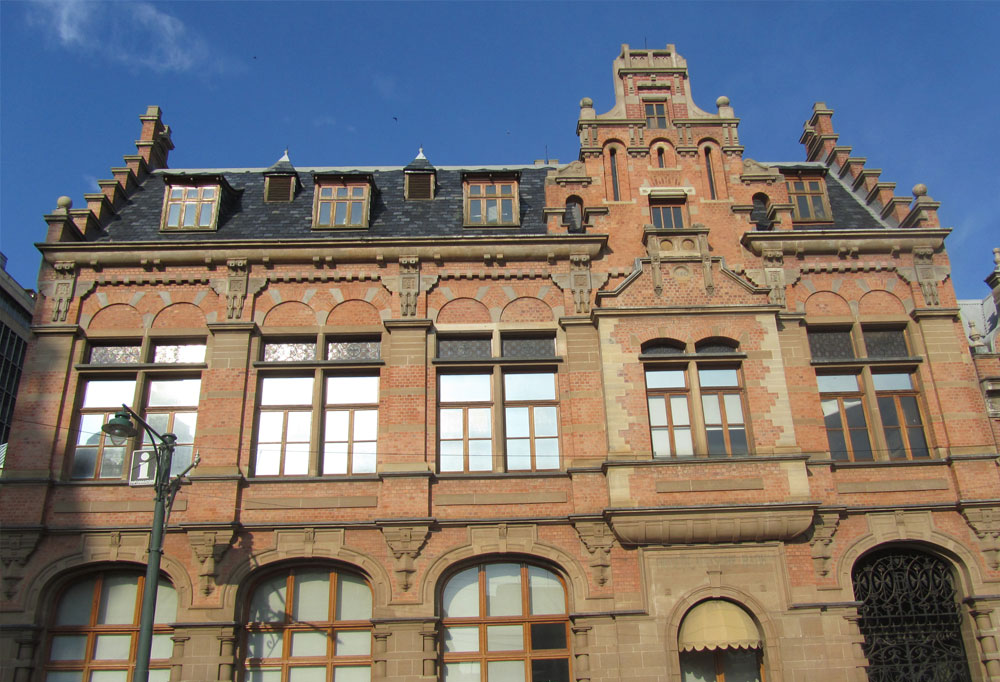 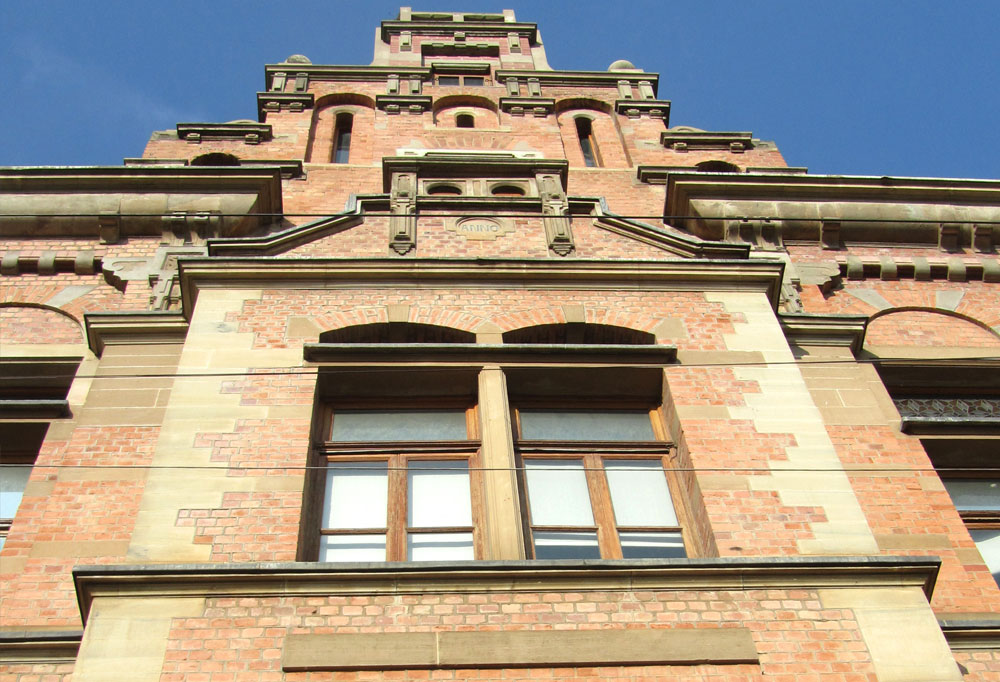 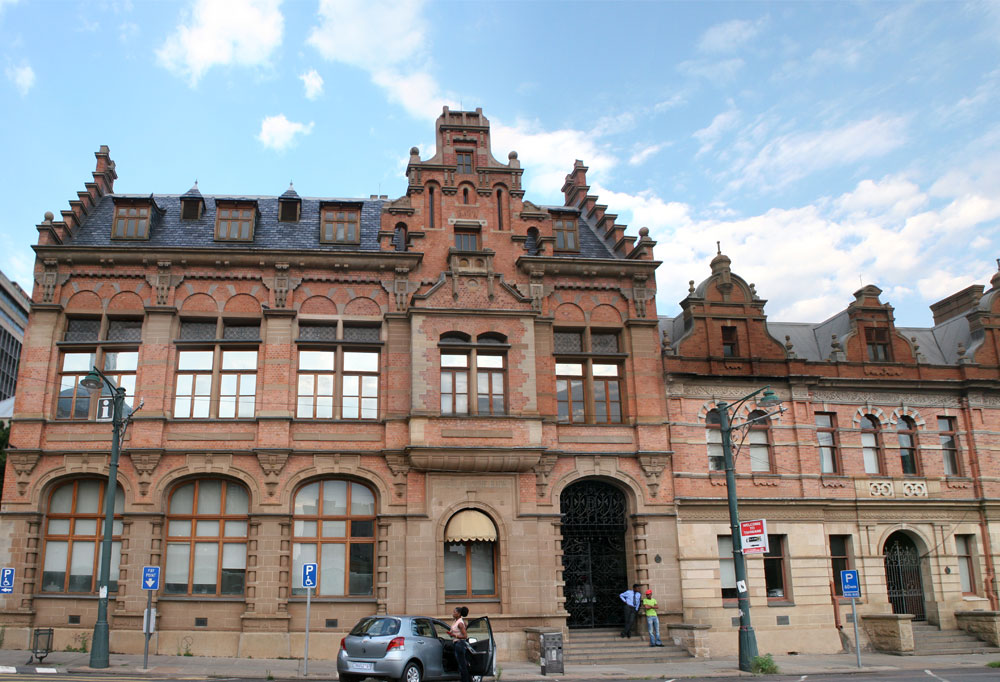 Built in 1897, the Netherlands Bank was designed in the Neo-Holland/Flemish Renaissance Revival style, with gables that are reminiscent of buildings in Holland and cast-iron gates and balustrades manufactured in the Netherlands.
This structure was actually the bank’s second building, replacing the first one which was converted into shops and later demolished. In 1914 the top storey of the bank burnt down, eventually to be restored in 1988.