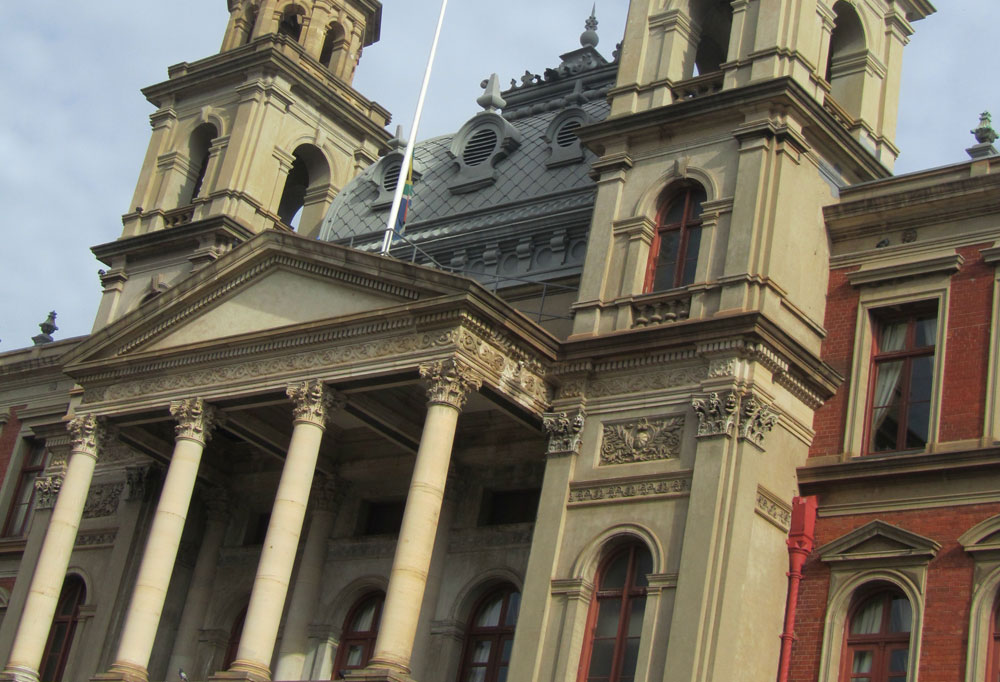 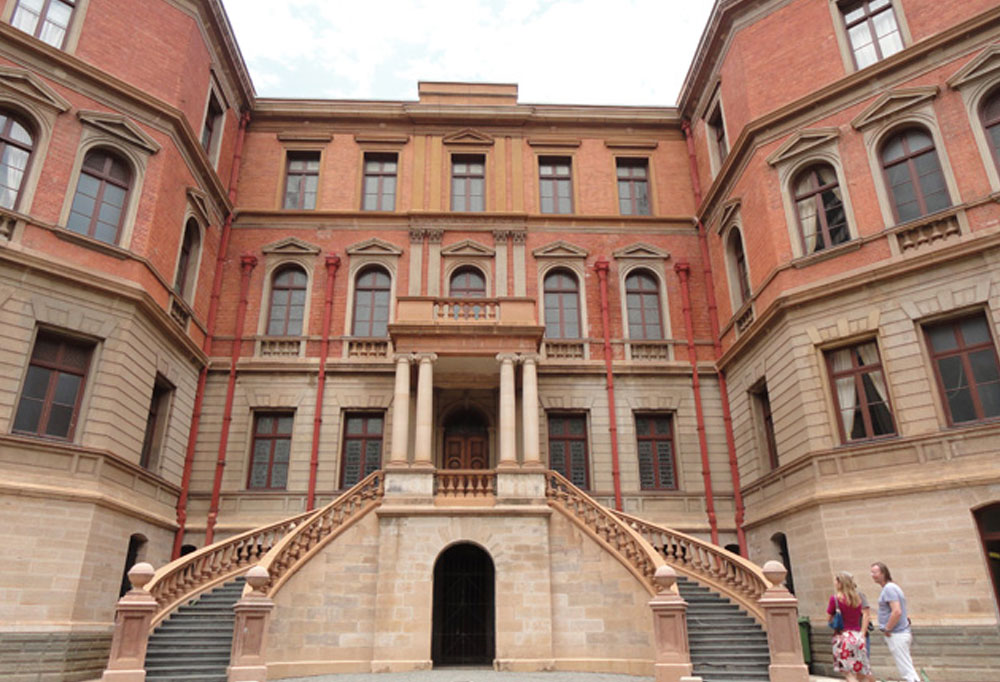 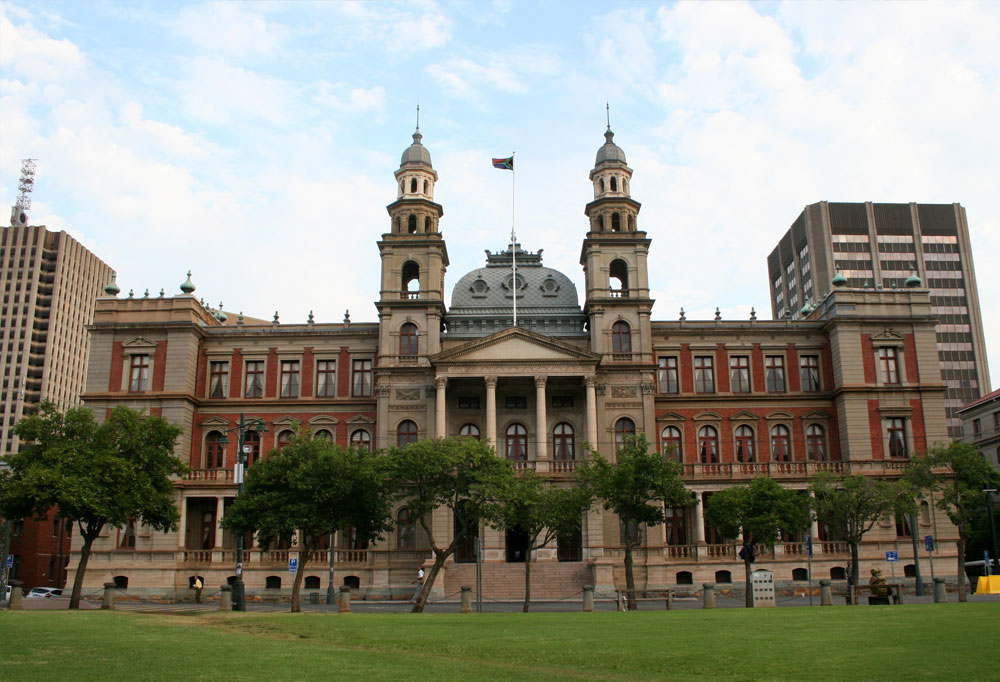 Built in the Eclectic Wilhelmiens style, with Italianate influences, the construction of The Palace of Justice was interrupted by the Anglo-Boer War, with the final fittings and decorations only being completed in 1901.
The building has played host to many important trials, including the Rivonia Trail of 1964 at which Nelson Mandela and other prominent persons were sentenced to life imprisonment.

Architect:
Sytze Wopkes Wierda
Sytze Wierda was born in the Netherlands and was renowned as the first Government Architect and Engineer for the Zuid-Afrikaansche Republiek (ZAR). Over the fourteen years of working for the government, he and his team developed the Republican Style (also known as Eclectic Wilhelmiens), designing numerous significant buildings. His exact town of birth is disputed and even his architectural education is unclear, though it is known that he was originally schooled to be a carpenter. The suburb Wierdapark, in Centurion, is named after him.